This week wraps up our first session at Acton Academy Seacoast! For the last five weeks, we’ve had plenty of challenges and successes, but in the end, we have come out of this session feeling confident.

The highlights of session one are:

1.) The struggles and successes of our heroes

2.) The implementation of systems like the Town Hall in order to create a strong culture

3.) Our heroes enjoying the environment we’ve all built together

For the last several weeks, Acton Seacoast has slain many dragons on our journey as a school. Unlearning the ways of traditional schooling has been one of the biggest dragons. In our first few weeks, we had heroes who took us not teaching as a green light to run wild. It was a classic scene from a mid-nineties cartoon: paper airplanes flying through the air; arguing over creations; refusing to learn; and plenty of frustration.

There were many days where the guides sat back, caught our breath, and wondered how we could make this better. We asked ourselves where the problems lay. Were they with us? Did they rest more with the learners? How did we fix it?

Perhaps the most important and notable example of our challenges becoming a success is the Lip Dub challenge. Initially, we had our doubts about if the learners would want to participate, but as we got deeper into our planning, we felt confident that it could be fun. Our doubts became a reality when after we introduced the challenge, we were met with silence and groans. When asked why they didn’t want to do it, they placed blame on the song we chose. We were completely relieved and happy to pass along the song selection to the learners. When they were handed that creativity and freedom they ran with it. They created props, dedicated themselves to learning their lines, and were excited to participate. Then, yesterday at our exhibition, the Lip Dub was shown for the first time. It was the smash hit of the afternoon! Parents, heroes, and the guides were all laughing at the video, which ended up being charming, hilarious, and proof that our learning methods work.

Further proof has been found in the Acton Systems we’ve tailored to our group of heroes. Whenever challenges arise, such as Paper Air Co., they are taken to the Town Hall – further detailed below – in order to be sorted out. Earlier in the session, problems were not dealt with or attempted to be solved; they were lingering until it led to interpersonal conflicts. At the Town Hall, the heroes began to understand that this is the place for them to air out their grievances and to make things better for themselves. Everyone participates and voices their opinions during this forum. All votes must have a two-thirds majority to win.

Implementing structures has been paramount in allowing for a free, creative, and safe learning environment for our heroes. At the beginning of the year, it was hard not to feel overwhelmed by the number of things needed to get our studio up and running. Rather than instituting all of the Acton Systems (guardrails, studio contract, Town Hall, SMART goals, etc.) at once, we decided to move strategically and introduce them when the group dynamics called for them. The contract and guardrails are musts, but the rest of them we took in stride.

An instance of this comes with SMART goals on Journey Tracker. We had tried to put SMART goals in place right off the bat, but the heroes rejected them nearly instantly. They didn’t pay attention to what they were and they were too abstract, so instead of doing it as a group, we waited until they were comfortable with the software, and then reintroduced SMART goals. It’s important to wait until the heroes pull and show a need for the structure, otherwise, it ends up being something unnecessary that an adult is putting on them. This is the same reason why we are waiting for freedom levels and those rewards until the next session. Session one has been heavy in new systems, a new way of thinking, and getting used to their peers. The more organically the culture grows, the stronger it will be at its foundation.

Lastly, the best measure of success is that the heroes love to be here, to take part in our games and discussions, and they’re proud to be part of our Acton culture. Building the foundational elements of a culture is not easy, but the heroes have remained committed and know that this is their studio. With the studio contract, rules of engagement, town hall, and the projects they’ve done, they see daily the impact they have on this school. There have been several times where parents have come up to the guides to tell us how much their son or daughter loves the school. They tell us that their hero is thriving at home, learning on their own, and how their relationships are shifting towards the positive.

During our exhibition, the Heroes were wildly excited and proud to welcome their parents. Heroes who have had struggles focusing or taking part in our discussions were passionately explaining the process to their parents and showing off what they’ve learned. One hero, a five-year-old, took her parents inside her studio to read to them. Five weeks ago, this hero was unable to write her name; now, she’s reading a grade-level book. While we still have steps to go, it’s clear that we are on the right path.

At the end of today, we are walking with our heads held high. The stresses, challenges, and frustrations for us all are paying off. The culture of Acton Academy is growing stronger. Our heroes are ready for their next challenge. The guides are learning to step back. In time, these will only strengthen. 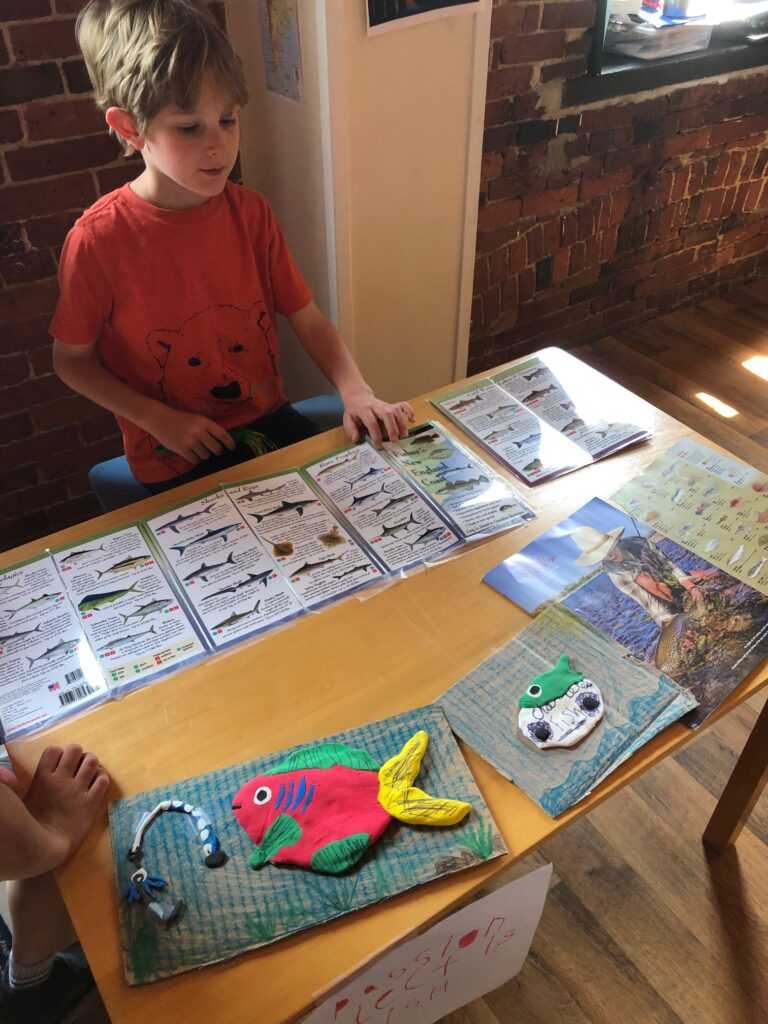